Solder Soldier and other exploratory items!

Just a random post today because I wanted to show my first soldering project.  I was at Asia Market (that really is the name of the store - its like a gigantic warehouse of stuff imported from China) and I saw a dirt cheap soldering iron - for R20 - that is like $2 or a pound and a half UK.  I have always wanted to try it so I got it.
I watched a gazillion soldering for crafting videos and learned that you couldnt just solder wire onto anything - you need copper tape and flux.  So I spent like half a day trying to find copper tape, thin pieces of glass and flux.  Apparently no one in Richards Bay does stained glasswork, so I wasnt able to find anywhere that sold copper tape and thin glass.  The glass shop that does windsceens and windows only had really thick glass and they wanted R90 per cut - so if you wanted something that was as tiny as I wanted - you would not only have to buy a sheet of glass which was well over R100, and then you had to pay R360 for every piece that you wanted cut on top of that.  Its crazy - and I think the glass cutting industry is the way to go if you want to make a fast buck in Richards Bay.
I looked for flux at the hardware store and they only had something called Isoarc Brazing Flux GP which was in powder form.  It was expensive too - but I got it because that was the only thing they had that they that was called Flux.  Bad buy - I couldn't work out how to get it on.  Mixing it with water was a disaster, it hardened like Caustic Soda does - and it fumed like that too.
Another long story short was that I was not able to find the copper tape or the 1mm glass anywhere in R/Bay so I was left with no choice but to order online - the fancy- schmancy craft kind that is packaged all cute-like and stuff but more importantly, the kind that you have to wait 2 days for (and craftaholics know that this is a form of craft waterboarding) from the Scrap-a-doodles Online store. I like this place that I order craft crap from though because the service is quick and you literally will get your stuff the next day if you choose the courier option.  So this is what I ordered for soldering (for all us Saffa's - they didn't have the craft soldering flux gel paste either - should we do something about that?  Maybe Dragon Glass or Jimnette's has it - I didn't look into that because I had a I-want it-now-attack and I have Scrap-a-D on speed-click on my Net-banking thingie).

I had a hard time opening the square 1'5" box of glass, the microscope one pops right open when you press on the red tab blah blah, but the other one had issues, I opened and closed multiple times too - think I am going to file off the the red tab on that box.  Another heads up - I was kinda surprised at how small the roll of copper foil tape was  - I had expected it to be 1/4" wide but diametrically akin to terrifically tacky tape or office dispenser sellotape looks - but this is teeny tiny, just a little bit biggger than pencilbox sized sticky tape.

Anyhow -  didn't have the energy to take nice photos so I just shot hardcore right off my grainy webcam like that.  Please do excuse the passion killer sweater and garb.  The lime green polar fleece is the result of the war between warmth/comfort and style.  It is super cold today for me - I live in a very warm, tropical part of South Africa right next to the ocean, where it almost never goes below 23 degrees Celsius (73F) so today is like hypothermic freezing for me at 18 C. My house is tiled to keep the heat down and is not insulated at all to keep heat in, and because I almost never would need a heater - the aircon units only do cool to frigid here.  The limey sweater is hugging me like a warm body right now.  That makes me happy.  In lieu of the warm body natuurlik!

Here's the show and tell

I also ordered American Art Clay Brass tape - I am going to try and make brass paper beads out of that - I think that that would be cool.

But the most exciting part of my order was Jax Wax gilding paste in Sandalwood and Foundry Bronze.  I dry emboss both with folders and manually with a stylus on a bunch of different things - and I have always battled to find a highlighter or lowlighter that would stick and stay permanent  to the debossed/embossed part of the piece.

This stuff is awesome - the colour is nice and rich - it dries in less than half a minute and it sticks to just about anything - I initially rubbed a test-swipe on wax paper and a non-stick craft mat.  It is still stuck to that with zero smudging.  Gonna haftato bust out the ol' surgical spirit to get this off....secretly I love the smell of surgical spirit, so I am excited in more ways than one.  I really do wish though, that Scrap-a-doodles stocked all the colours - the verdigris and and patina and african bronze were really cool looking patina colours.  Can you imagine that patina-smudging fun you would have? 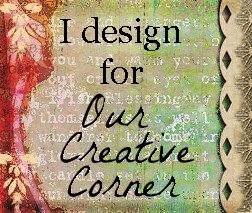 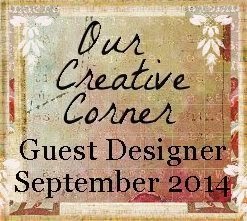 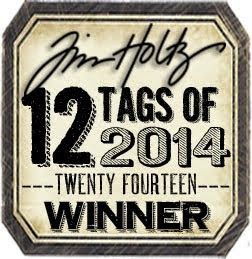 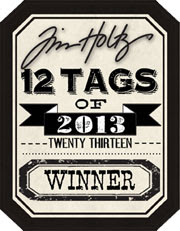